In his current role, which he assumed in 2008, Jules Borkent is responsible for leading global acquisitions for Nickelodeon around the world, as well as programming strategies for Nickelodeon International.  Borkent works in close partnership with Nickelodeon in the US, and worldwide channels, across development, production and program financing.

Speaking at: Pitch It! The Preschool Edition; KEYNOTE—Inside the Multimedia Mastermind

Will Brenton is one of the only people in the UK to create, write and produce award-winning children’s TV programming, as well as creating, writing and directing live shows from small-scale pantomines up to full-scale arena tours. He has worked with all major children’s TV brands, bringing their characters in...more

Speaking at: The Universal Laugh Track; Crafting Characters That Connect Around the World; Pitch It! The Preschool Edition; Speed Networking

An experienced animation director and producer, Zhijun Cai is General Manager of CCTV Animation. In addition, serves as Secretary-General of the China Animation Association and a post-graduate supervisor at the Communication University of China, and has judged the China Animation Achievement Awards, the Monkey King Awards, the Aniwow!-China (Beijing) International...more

Sean Chu is a seasoned animation and transmedia producer, with two decades of experiences in creative development, production and licensing & merchandising in the international kids entertainment industry. Sean is VP of Ciwen Kids at Ciwen Media Group, a media company based in Beijing, China.

Ivan Chan has more than 20 years of experience in market expansion, strategic planning and marketing. As CEO of Promotional Partners Worldwide, he has expanded the licensing agency’s scope of business to 12 new territories since joining the company in 2002. PPW is now widely recognized as the leading integrated...more

As EVP of Global Distribution, a position he has held since joining the company in 2011, Richard Goldsmith oversees worldwide distribution of both Henson-produced and HIP (Henson Independent Properties) brands in the domestic and international markets across all media, including television, home entertainment and digital platforms. In addition, he secures international...more

Earlier in her career, Sharon was a News Anchor for the launch of...more

AGP is focused on the creation, development, production, distribution and licensing of leading children’s properties on a worldwide scale in all media and retail platforms. Some of AGP’s brands include...more

Ervin has over 14 years’ experience in the tech and media sector, with stints at SingTel and the Media Development Authority before taking over as head of development at Scrawl Studios, one of Singapore’s pioneering animation companies. He has created and produced a range of award-winning content for broadcasters and...more

As the Head of Creative Development at FunnyFlux Entertainment, Jung-Jin is responsible for developing new IP and managing international collaborations. His work experience ranges from high-end 2D and 3D animation development and production, to children’s book publishing and script writing.

In his 16 years at Mattel, Rob Hudnut has created entertainment for Barbie, Hot Wheels, Fisher-Price, American Girl, Polly Pocket, Max Steel, Masters of the Universe and other many brands.

In 2000, Rob co-wrote Barbie in The Nutcracker, the first-ever Barbie movie. He has since executive produced an additional 27 titles that...more

Speaking at: Crafting Characters That Connect Around the World; Speed Networking; Translating TV to Toys

Andrew has more than 16 years of experience in...more

In her current role as Manager of Planning & Sourcing, Sarah Kwek’s primary responsibilities include sourcing content and program planning for Discovery Kids across the Asia-Pacific region, as well as implementing program sourcing strategies for Discovery’s portfolio of channels within the South-East Asian territories.

As an Acquisitions Executive for EBS, Mia Kwon is responsible for stocking the Korean public broadcaster with content for kids and families. Mia started her career at EBS as a producer focused on educational and language-learning programming, and she moved into her current role in 2010. Her current buying priority...more

Trevor Lai is the CEO and Creative Director of UP Studios, one of China's leading creators and producers of original family entertainment. Its BOOMiGram app, books and emoticons reach fans in more than 90 countries, and Trevor was the first animation director to be featured by Apple in a cross-country...more

Under her supervision, Aniworld Cartoon on satellite television has been China’s most popular children's channel for 10 consecutive years. It was...more

Coco Ma has served as Senior Director of Content Acquisition & Production at SOHU Video since 2008, and she heads up the SVOD company’s content businesses.

In her current role, Coco is responsible for producing and acquiring domestic and international TV programming, movies, variety shows, animations and more for distribution on...more

Cynthia Money is a licensing, marketing and intellectual property development expert with more than 20 years of senior-level management experience in the field, which includes the closing and execution of significant global licensing deals with leading licensors such as Mattel, Ubisoft, Bandai, Topps and Tomy. In 2012,...more

As principal at consulting firm Mowrer Meta-story, Kevin Mowrer has developed a broad reputation as a thought-leader in understanding why audiences/consumers “use” stories. He developed the proprietary Meta-story process to analyze and craft commercial franchise stories, drawing on his 35-plus years of experience in creating for the family entertainment and...more

Gary trained as an English teacher and led a London school department before leaving the profession to join a change management agency as a facilitator and learning designer, working with Eriksson, Thomson, Reuters, BA, Diageo and Disney.

It was while with Disney in 1999 that Gary realized the opportunity to create...more

Maura previously served as VP and GM of Global...more

DHX Media is a leading international supplier of television programming, with an emphasis on children, family and youth markets. In his role as SVP of Distribution, Josh Scherba oversees the company’s distribution arm that works with a catalogue totaling over 9,500 half hours and including programming from all of DHX Media's production...more

Josh Selig is the Founder and President of Little Airplane Productions. He is the Creator and Executive producer of The Wonder Pets! (Nick Jr.), Oobi! (Noggin), 3rd & Bird! (CCTV/DisneyUS/CBeebies) and Small Potatoes (CBeebies/Disney Junior). Josh is also the writer/director of the film Meet The Small Potatoes starring Malcolm McDowell...more

Speaking at: Crafting Characters That Connect Around the World; Pitch It! The Preschool Edition; Creating for Preschool; Speed Networking

For the past seven years, Selina She has been leading the creation and development of Tencent Kid, the first child-oriented companion site to China’s largest web portal, QQ.com. Under Selina’s guidance, Tencent Kid has been fulfilling its mission to be the “Safest, Healthiest and Greenest” kids online hub, providing tools...more

Speaking at: Asian Webnets to Watch

Linda’s efforts in transforming the PBS KIDS lineup for preschool- and school-age children over the past several years have brought...more

Dave Skwarczek heads up Eat Your Lunch, an LA-based creative studio that creates original broadcast and digital content with an eye towards characters and licensing. Dave’s current projects include original animated series Hero, Cat and Bacon with FremantleMedia, and preschool eBook Is That A Fairy? with Vancouver's Storypanda.

Formerly a Creative Director of Digital...more

Speaking at: Character-Driven Writing for 6 to 10s; Speed Networking

Janine Stein is Editorial Director for ContentAsia's information platforms, including print, multimedia and online services such as contentasia.com and the ContentAsia App for Apple’s iOS and Android, as well as events and conferences, including the annual ContentAsia Summit. She has covered the Asian television and media business based...more

In his past roles as Deputy Director of Movies and Drama for Shanghai Media Group and VP of Shanghai Toonmax Cartoon Channel, Wang Lei took the lead in presenting local animation blockbusters including Storm Rider, Pleasant Goat and Big Big Wolf, Mcdull, Seer and I Love Wollfy.  Based on these successes,...more

Founded in 1971 as a small independent studio, Nelvana is now one of the world's leading international producers and distributors of children’s animated and live-action content. Nelvana is comprised of Nelvana Studio and its distribution arm, Nelvana Enterprises, and owned by Corus Entertainment. Nelvana Studio is a globally recognized studio...more

Matt Wexler is CEO and Executive Producer of Wexworks Media, a Canadian-based media company focused on the development, production and strategic implementation of innovative media content. Most recently, Matt was co-head of Spin Master Entertainment (Toronto and Los Angeles), where he served as Executive Producer and was a key creative...more

Drawing on 20 years of experience in the Chinese media industry, Ms. Xue Wu currently serves as Director of Tianjin Television’s Children’s Channel, a position she has held for more than a decade. Her brand-building approach to content creation has contributed to many outstanding shows in the children’s and animation...more

A senior producer of children’s television programming and animation, Chao Ye has more than 30 years of experience in the Chinese media industry, particularly in content production and brand management. His team has won many national awards, including Starlight Awards, China Radio, Film and Television Awards, China Golden Eagle TV...more 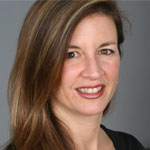